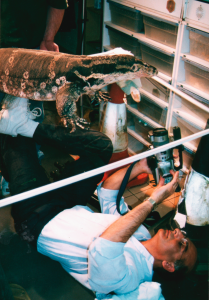 Dr Vija Sodera was born in India and has lived in England since the age of 4 years. He attended St Clement Danes School in London, where he gained major school prizes for academic achievement and art. He graduated from Sheffield University Medical School in 1975 with distinction in chemistry, and became a Fellow of the Royal College of Surgeons of Edinburgh in 1981.

For 19 years, he looked after a Minor Injuries department on the south coast, and from 1987-2017, he ran his own private Minor Surgery clinic.
He is the author of three hardback medical textbooks, with sales of over 30,000: Skin Surgery in General Practice: a diagnostic atlas, Minor Surgery in Practice and Illustrated Handbook of Minor Surgery and Operative Technique.

His new 5-part series on Minor Surgery, available from the Apple Books Store, is designed for ipads and Apple computers. These books are all extensively illustrated with his own photographs, drawings and videos: Dermatology: skin tumours and moles; Surgical techniques; Surgical procedures; Dermoscopy: melanoma, moles and skin tumours; and Steroid injections. He is also the author of the light-hearted free download Dermoscopy: the alternative atlas.

Dr Sodera has often published articles in national medical magazines on surgery in general practice and on minor injuries. He is currently working on a three-volume series on Minor Injuries. 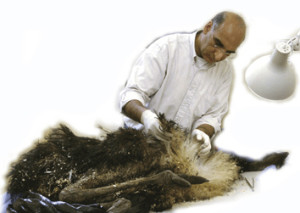 Although he was taught evolution at school and university, Dr Sodera has always been concerned that the idea is based on the most tenuous and unconvincing foundations, and the first edition of One Small Speck to Man ~ the evolution myth (2004) was the result of 14 years’ rigorous exploration of the scientific evidence. 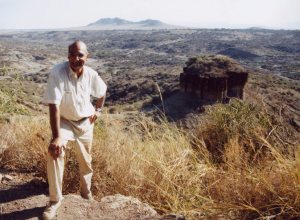 The updated and revised second edition of One Small Speck to Man ~ the evolution myth was published in 2009.

Having always had a special love of animals, Dr Sodera is an accomplished wildlife artist, and has exhibited many of his paintings. A number of his paintings are featured in One Small Speck to Man, and are also on view in his consulting rooms.

Dr Sodera’s natural history studies have taken him to East Africa, Canada, Florida and Iceland, where he has photographed diverse wildlife. Along with the anatomical dissections and most of the photographs, all the artwork and diagrams in One Small Speck to Man are his own work.

Another of Dr Sodera’s passions is music. He has written and produced 3 albums: Earth Circle 4022, Infinite Radius and Declaration, which all contain a unique blend of blues, rock and world grooves.
To watch the official videos, find out more about the band, and purchase his debut album, visit: http://vijasodera.com/earthcircle4022/.

He and his wife live on the south coast of England. They have two daughters and 3 grandsons.

There is no gallery selected or the gallery was deleted.

This site is protected by wp-copyrightpro.com